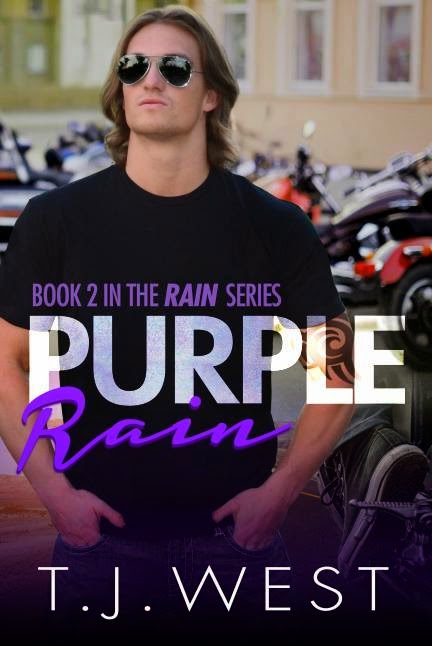 Sandy Brooks was a single mom who was raising a young boy with High Functioning Autism. She left her home state, Seattle, Washington and moved to sunny San Diego, California to start a new life for her and her son, Joey. She was determined to make it on her own with the goal of keeping her son happy and well cared for. She may have dated a few men in her days, but wasn’t out to have a man take over her life. She couldn’t trust her relationships to last, because Joey’s feelings were at stake. No one would hurt him. He was her life and was the most important person in it - Until the day she met Quinn Baker - the man who would rock her world.

Quinn Baker was a quiet, maddening loner. Having a past that has haunted him for 17 years he was in no shape to take over his Father’s restaurant, Reds. So much pain and anger was still implanted inside his heart, he wasn’t sure coming back to San Diego would make things better. Not feeling love or compassion for many years he never would have thought Sandy would be the one who would take over his mind, body and soul. Along with Sandy would be her son, Joey - a boy who would give him a reason to love again
Links:
http://www.amazon.com/Purple-Rain-Book-2-ebook/dp/B00MLNX0NI
http://www.amazon.co.uk/Purple-Rain-Book-2-ebook/dp/B00MLNX0NI 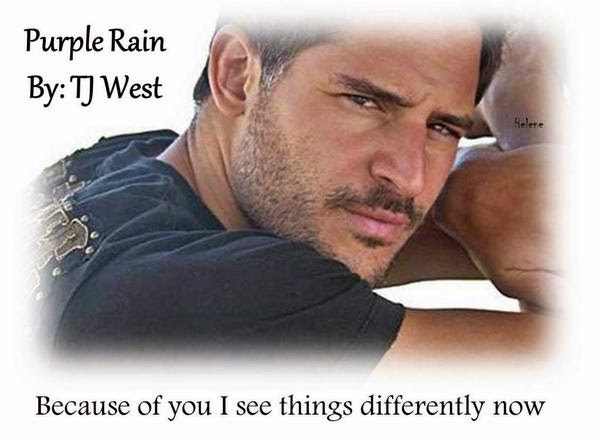 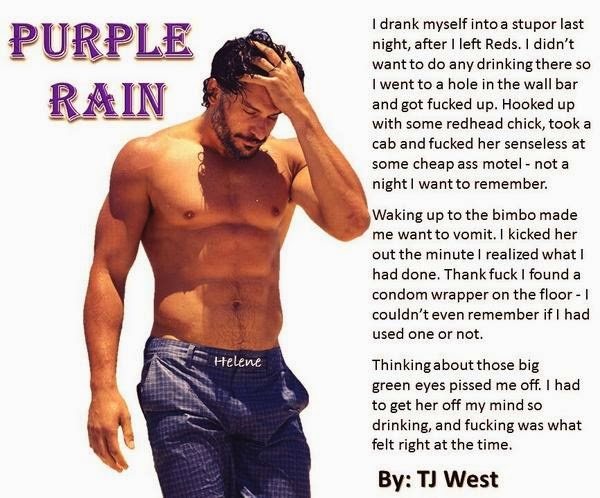 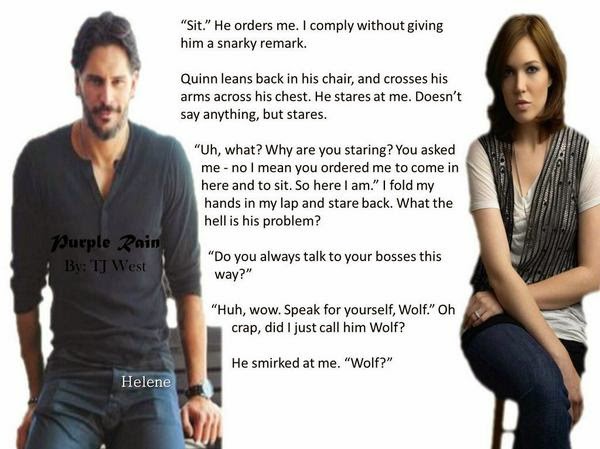 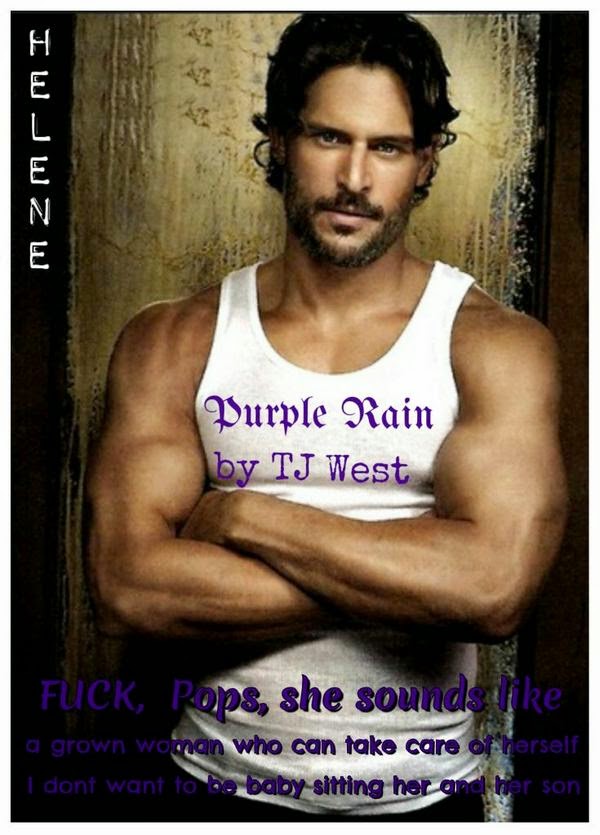 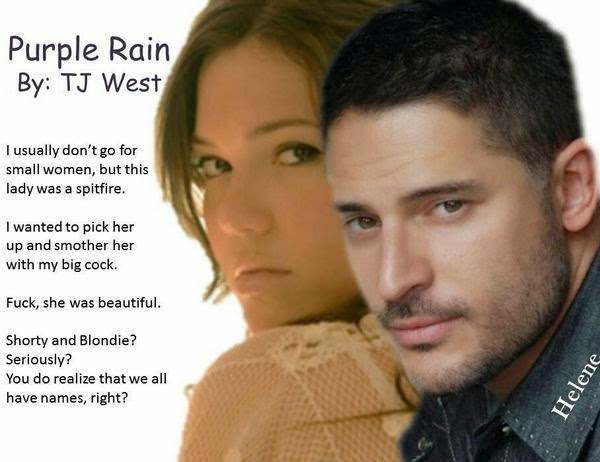 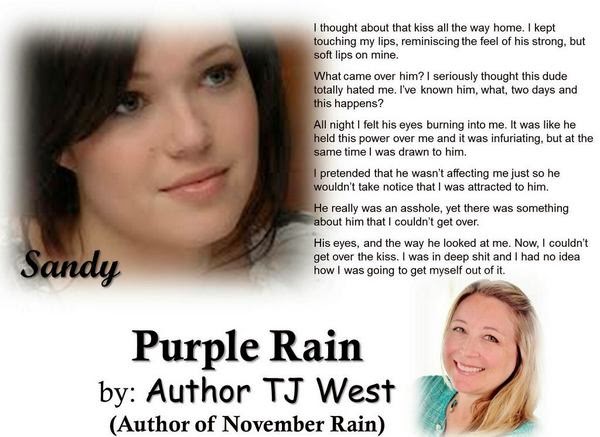 About the Author!
It's very simple: I'm a Stay at home Mom of two awesome kids. My son is in High School and my daughter is in Middle School - Been married for 15yrs ...
I'm a very involved parent who has been on the schools PTA's, PTSA's for many many years and have always enjoyed being their advocate!
Reading is my ULTIMATE favorite thing to do and writing has always been a secret passion of mine. Until recently I've been able to reach for the stars and write a simple story and make it into something I never thought I could ever do.
I love TV - lots and lots of TV! I watch many shows! I love movies, hanging with my awesome friends - bookclubs, cocktail nights...And I love being with my sister and family..
Follow TJ
http://www.amazon.com/TJWEST/e/B00KXHTWMC
https://www.goodreads.com/author/show/8024842.T_J_West
https://www.facebook.com/NovRainSeries

First Book in the Series! Marty Mayfield fell in love at the tender age of 16 to Matt Cooper. He was her world until the day he left to go into the Air Force. From many letters she had written and mailed, responses from Matt never came. Her world felt destroyed and lonely. After graduating high school she moved to Paris and lived there for 12 years. During her years of living there she met the man she thought could replace Matt. Turned out her years in Paris brought nothing but pain, loss and suffering.
Making a fresh start from her wounded past she makes her way to San Diego, California where she ends up finding the one person who had always made her feel whole. Will she be able to get past her scars and give Matt her whole heart again? Will she be able to forgive him for leaving her hopeless? Denying her love for him will be a struggle, sexually and emotionally.

Matt Cooper was the black sheep of his family. He wanted nothing more than to play music and live outside his father’s influence within the Air Force. Having no other choice, he took that road and left the one girl who loved him unconditionally. Regretting his decision for not writing Marty back, he continued to serve his country. Years later, after retiring, he started living his dream in San Diego, but the loneliness was always there. His heart had always been with Marty. He couldn’t get past the thought of ever living without her. Feeling like he came out of years of a coma she enters his life again. He felt his love for her immediately and more stronger than ever. Getting her to trust him again will be a battle, but he was never going to give up. He was determined to keep her in his life forever.
Links:
http://www.amazon.com/November-Rain-Book-1-ebook/dp/B00KWHKYFM
http://www.amazon.co.uk/November-Rain-Book-1-ebook/dp/B00KWHKYFM 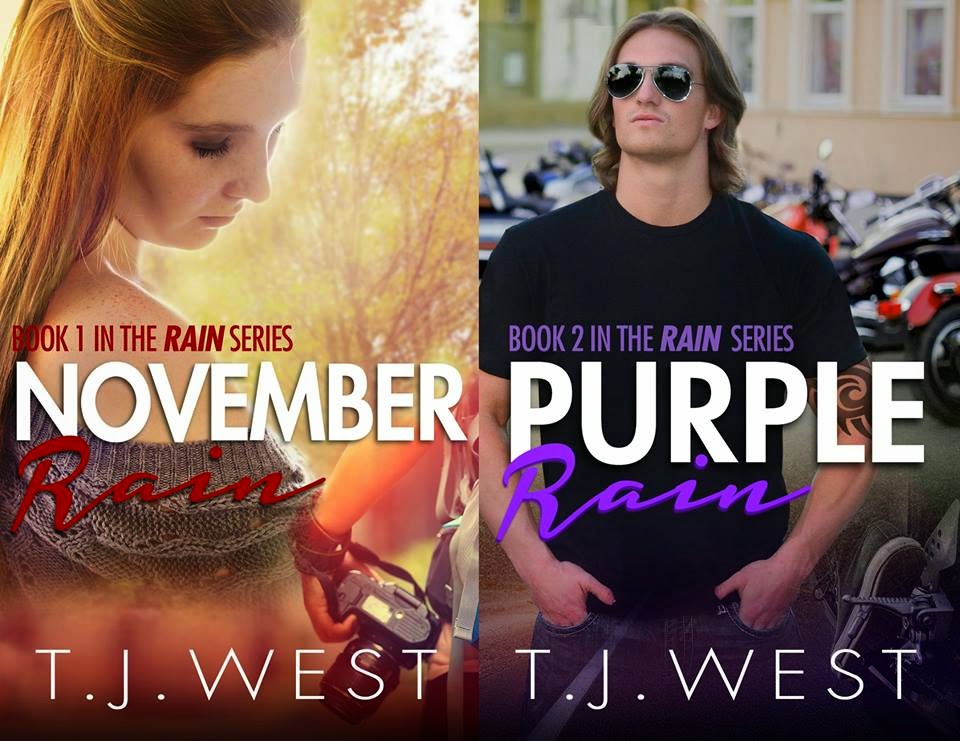