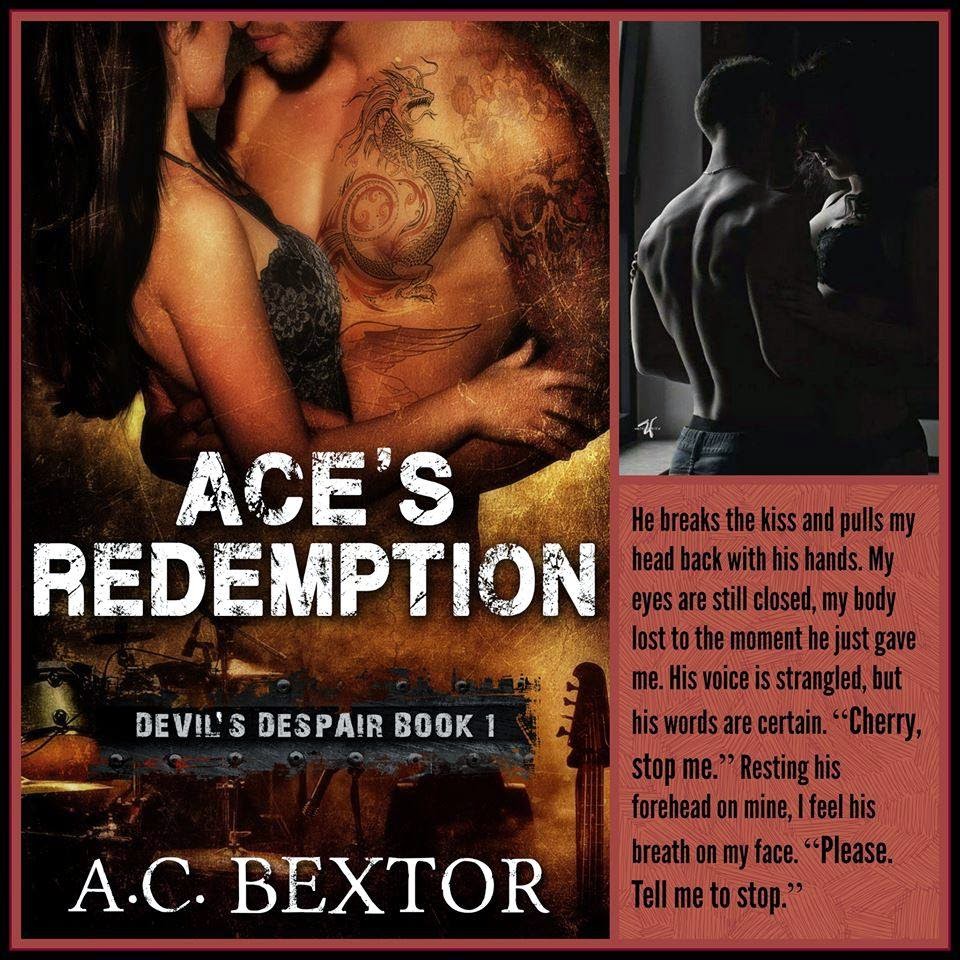 Excerpt
Hands to hips, his voice is full of contempt. “Did he kiss you?” Hands braced to my sides, my voice is full of shock. “What? No, he didn’t kiss me! What are you…” He cuts me off, not letting me question his question, but accusation is evident in his tone. “Cherry?” Running my hands through my wind-blown hair and sighing, I make an effort to calm him. “Ace, I’m not your prisoner, and you’re not my warden. You would’ve had to figure out that sooner or later I’d need to make new friends.” “Yeah, but not Travis kind of friends.” “What does that mean? He’s your friend. Did you think we were stashed up in a sleazy motel room all day havin’ at each other like rabbits?” Putting his hand between us, his phone resting in his large palm - he uses it as prop - but avoids answering my question. His voice gets louder as he inches toward my face. “You should have answered your fuckin’ phone, goddamn it. I was worried sick.” “You thought I was fucking him.” I make it a statement, unsure if I’m talking to myself or him. “No, I didn’t say that.” He may deny it, but the thought crossed his mind; apparently, several times throughout the day. I see it in his eyes - they give me truth he can’t hide. Putting my head down, I look to my hands that are left twisting in front of me. “Ace, I’m not a club slut; that’s not who or what I’ve always been. I miss my friends and you’re so mad all the time. Sarah is fourteen and Bean is your grandmother. I need someone my own age to hang out with. Trav’s nice and I like him.” Visibly relaxing, he runs his fingers through his hair, resting the palms of his hands on top of his head and lacing his fingers together as he holds the pose. “I didn’t mean it like that. I just…I worried, that’s all. You didn’t answer your phone.” He’s not hearing me. I was with Travis, safe and secure. Raising my voice in frustration, I answer his concern. “I didn’t answer my phone because you would have just kept calling! You agreed to this. You told Travis and me both it was okay, so why call me every thirty minutes and send text messages between those calls?” His face saddens, realizing I didn’t just incidentally forget to answer. I knowingly ignored his every attempt to reach me. I can’t let myself feel bad about this. “Ace, what are you gonna do when I start dating?” His eyebrows lift in question. “Dating?” “Yeah, two people… dinner… movies… it happens, ya know.” Just not for me. “I’ll take you to the fuckin’ movies, Cherry. If that’s what’s you want. Dinner, too, if you’re so goddamn insistent that you need all that shit.” 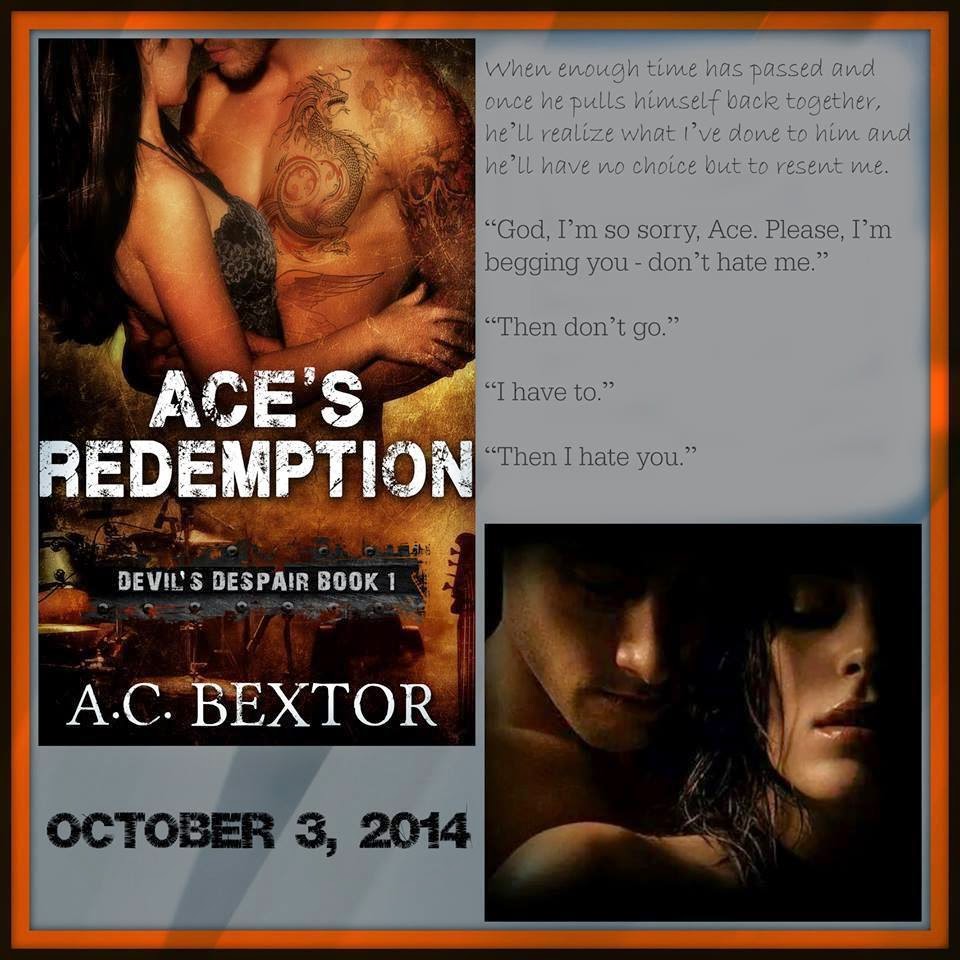 BLURB:
Cherry
Memories alone can ruin you. Fear has a paralyzing effect, and love isn’t always enough to keep you safe.
Ace was the gateway to a freedom I hadn’t known since I was fifteen. He offered his protection from the demons that haunted me; both living and dead.
Although I knew I wasn’t enough to keep him, this didn’t deter my hope that one day he’d love me for who I was, not the broken girl he tried so desperately to save.
In the end, the ghosts of my past found me. Their malevolence knew no bounds, and I was forced to succumb to their will of darkness. Each threat named against those I loved made any escape impossible; choosing my life for theirs became my desolate absolution.
Inevitably, it was my own weakness and self-doubt that became my undoing.
Ace
Emotional ties are sometimes severed. Friendships don’t always endure their hardships, and love offered isn’t always returned.
I was in love once. For me, leaving her back in Ohio was the hardest thing I’ve ever had to do. For her, moving on with her life that included her son and the man she loved was no less than she deserved -- unconditional happiness.
My reasons to bring Cherry home to California were obvious. I needed help with my family, and she needed help staying clean and convincing her parents she was ready to give her son the life he deserved.
It was a perfect plan. However, the best laid plans often get lost amidst their best intentions. Cherry fell in love with me, and in return my love for her acted as the catalyst to her destruction.