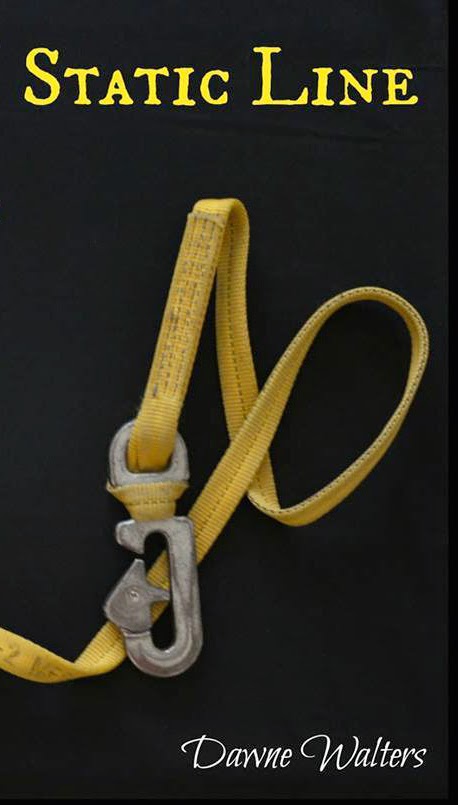 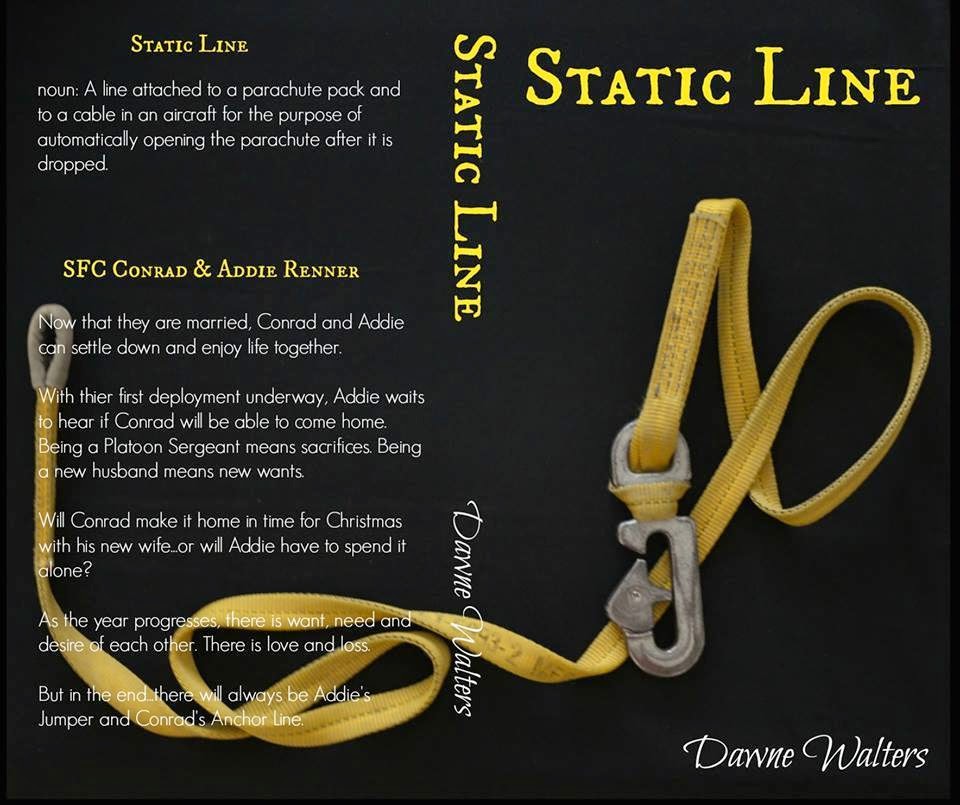 noun: A line attached to a parachute pack and to a cable in an aircraft for the purpose of automatically opening the parachute after it is dropped.

Now that they are married, Conrad and Addie can settle down and enjoy life together.

With their first deployment underway, Addie waits to hear if Conrad will be able to come home. Being a Platoon Sergeant means sacrifices. Being a new husband means new wants.

Will Conrad make it home in time for Christmas with his new wife...or will Addie have to spend it alone?

As the year progresses, there is want, need, and desire of each other. There is love and loss.

But in the end, there will always be Addie’s Jumper and Conrad’s Anchor Line. 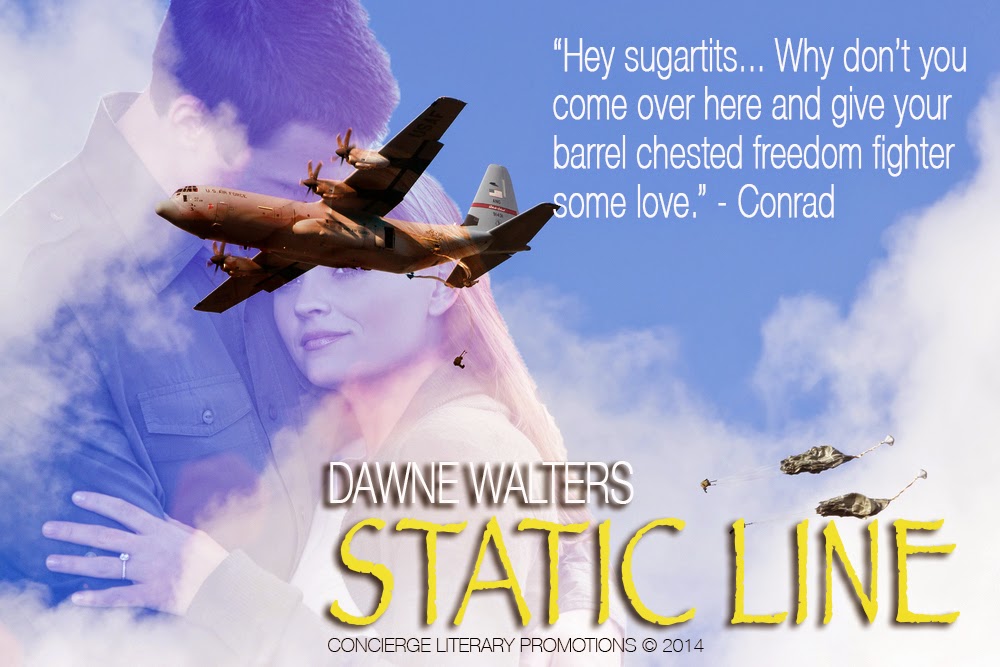 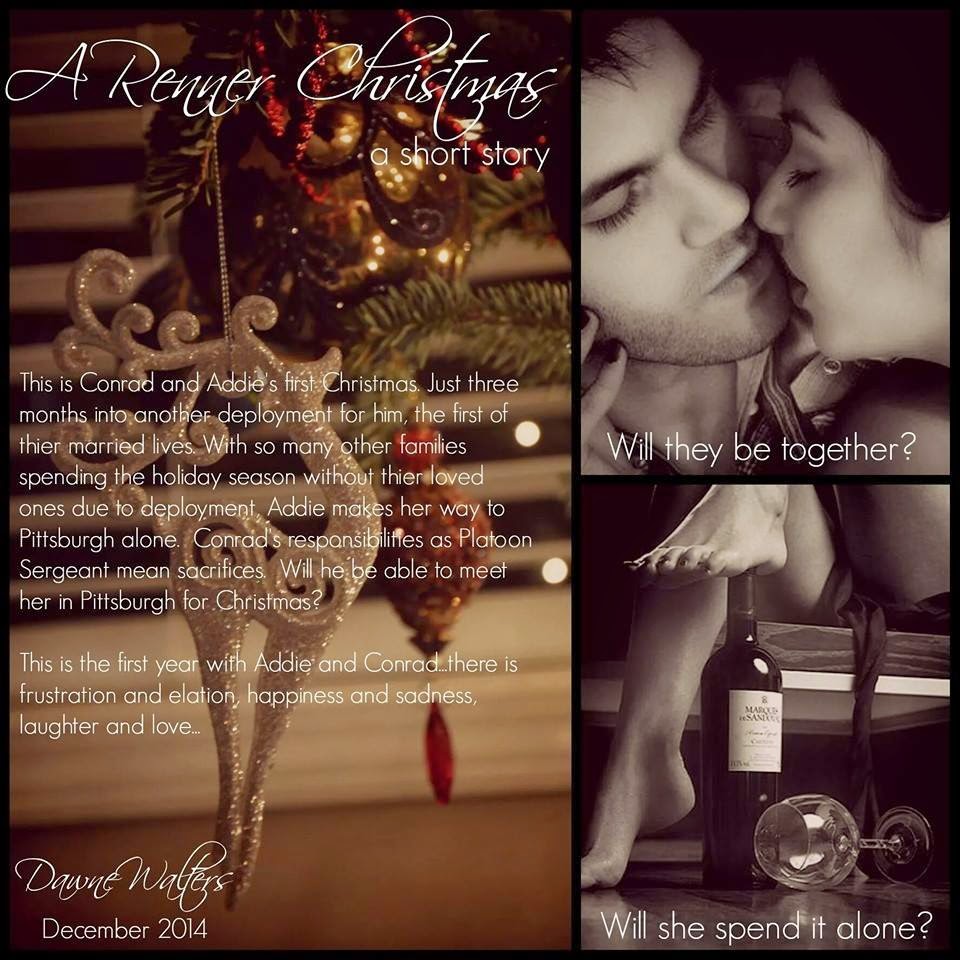 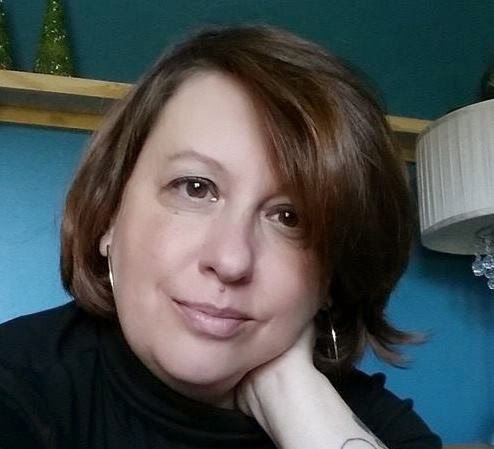 I was born to an Air Force family and adopted as well, I lived primarily in Europe. I joined the Army as an Operating Room Technician and ended up as a Flight Medic. I was stationed at Fort Leonard Wood, MO for Basic Training, Fort Sam Houston, TX for Medic and OR training, and finally Hunter Army Air Field, GA., right outside of Savannah. I did serve in Iraq and after almost ten years, I was Honorably discharged for medical reasons.

Deciding to take a break from the medical aspect of things after working at a few doctor's offices, I wanted that connection with the Soldiers, so I now work for the Department of Defense (DOD) at Fort Benning, GA.

I have two sons, one who is in the Army, stationed at Hunter Army Air Field and the other is an assistant manager.

My four 'puppies' keep the house very much alive and full of chaos. Chi-Chi and Sanchez are chihuahuas. Perseus and Poseidon are Jack Russell mixes.

I started writing in journals when I was seven or eight when I lived in Europe. Little short stories that were inspired by the many castles and historic places that evoke the imagination. I also kept a journal while deployed to 'escape'. I would write short stories about military romance. So, some of those will become full length novels...some with a happy and not so happy ending! Be prepared.

I never started out to be an author. I always wanted to be a nurse practitioner. I'll get there maybe, one day...

I have in the past few years started reading romance novels. I have always enjoyed Autobiographies such as Audry Hepburn, John Wayne, The Reagan's, Laura Bush, Maureen O'Hara...you get the idea. I also enjoy Tom Clancy novels, I read a lot on the Iraq War (having deployed there) and my affinity for cook books is OUTRAGEOUS!

My hobbies are photography (yes, I have done weddings, a few CD covers , lots of family and couples sittings). My favorite band is Thirty Seconds to Mars...Give them a listen!