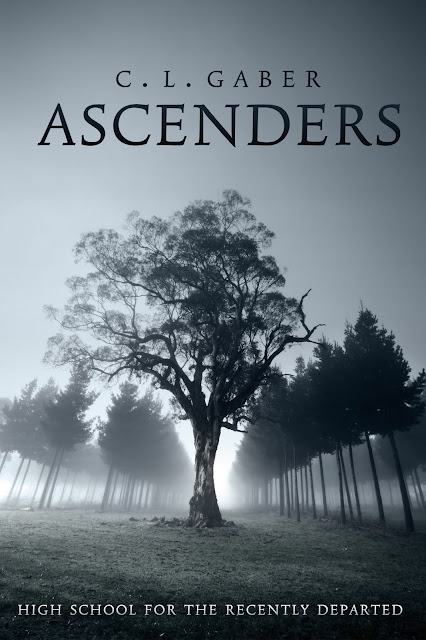 ASCENDERS: HIGH SCHOOL FOR THE RECENTLY DEPARTED (BOOK ONE) On an icy road in suburban, Illinois, 17-year-old Walker Callaghan and her mother, Madeline drive home in a freakishly early September snowstorm. A lone deer wanders into the middle of the road causing a collision of fates.
Walker dies, but she doesn’t go to heaven or hell. She lands in a small white Craftsman house on a suburban street in a middle zone where teenagers have one thing in common: They were the morning announcement at their high school because they died young. These high school kids are now caught in a strange in-between zone where existence hasn’t changed very much. This special teen limbo looks a lot like life in a quaint Michigan town complete with jocks, popular girls and cliques. “Damn, there are even cheerleaders in death,” Walker observes. Walker will now attend a swanky, private school called The Academy to keep learning because the human mind doesn’t fully form until you’re 24-years-old. She is told there will be no homework, no tests, no SATS, and no college applications. She’s just here to learn and stay healthy including playing a sport. Her “air hockey” is at a special stadium where you play real hockey while you levitate 12 feet in the air.

There are perks to an afterlife education.
It’s not a coincidence that the music teacher is a shaggy haired guy named Kurt who “used to have this band.” The drama teacher, Heath, is crush worthy because back in life he starred in some cape and tights movie. Jerry is the hall monitor, but you never need a pass. Robin is a mime in the park while Paul shuns cars and is the coach of the biking team.
Principal King explains the rules – there are (almost) none. Why? You can’t die twice, although Walker tests it by remaining underwater in the river with no oxygen for 15 minutes and by hurling her body off a waterfall. A reset means there will never be pain again. Falling in love, however, is the only dangerous thing you can do...because no one knows how long you’ll stay in this realm or what’s next.
A rule breaker since birth, Walker falls hard for tat-covered, bad boy Daniel Reid who is about to break the only law of this place. You’re not allowed to think about, plan or plot to go back to the Living Realm to check on your former life.

Daniel doesn’t care. Armed with medieval weapons made in shop class, he just needs an hour back to life to retrieve his six-year-old brother Bobby who strangely never ascended with the rest of the family after a plane crash. Bobby is what’s known as an earth bound spirit, stuck at the site of a violent death.
Walker loves Daniel and risks it all to go back with him. She even goes with him on a visit to the prison school in the realm called ITT (The Institute for Troubled Teens), a monstrous steel structure hanging off a mountain, where teenage dead felons are housed in glass cages that look like building blocks. A 14-year-old on D Block  named A.E. -- the only boy to ever go back -- helps them find the portal back to life. Yet, there is danger in th form of a former clown/serial killer named John G., a janitor at ITT, who sleeps and waits for his next victims. He eats them. Back in the Living Realm, have Walker and Daniel learned enough to outsmart demons that want them extinguished? Can their love survive the fragmented evil parts of themselves that are now hunting them down as they try to find their way back to the Middle?
And one last question: When did Walker become so badass with her weapon of choice, a ninja-style throwing star?
Ascenders: It’s an adventure of an after-lifetime. 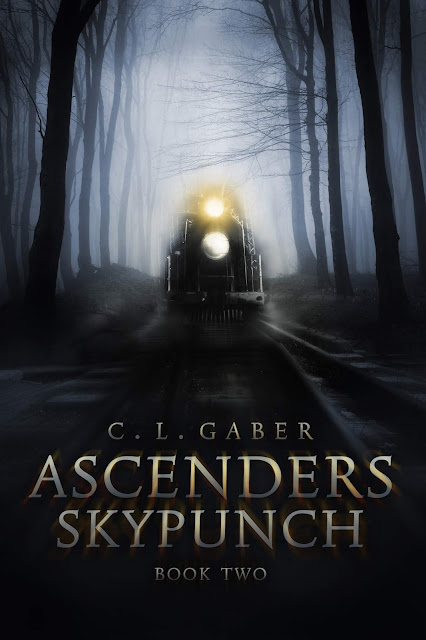 ASCENDERS: SKYPUNCH (BOOK TWO)
In the Midst—a place for those who die young—there are no rules except one. And Walker Callaghan, dead at seventeen, just broke it. She briefly revisited her earthly life . . . and the punishment is devastating. Longing for her rebel love interest, Daniel Reid, Walker finds an ally in Cass, whose attraction to her is as alive as he is. “Life is short,” he tells her. “I’m banking on eternity. With you.”In the second book of the Ascenders Saga, a proposed realm-jumping journey will take Walker and Daniel back to life again to search for something buried in history. They team with students from several other schools in the middle realm including a place for teens born with oddities. It’s home to the Claires . . . beautiful, ruthless, and quite dead seventeen-year-old quads who each have a different clairvoyant gift.Can Walker survive another adventure of an afterlife-time—or will she find herself on the downside of eternity? 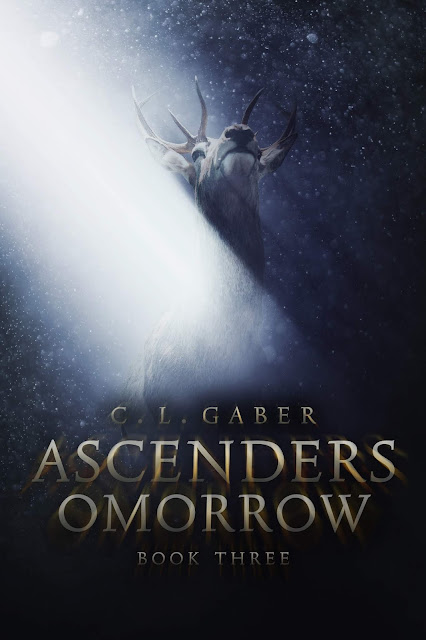 Expired at seventeen and living in a middle world for those who died young, Walker Callaghan and her rebellious love, Daniel Reid, have been tasked with an insurmountable mission: Find something hidden in the past that will forever change everything for the living and the dead.Sent to a place where a second can mean a lifetime, Walker and Daniel find their existence threatened as they scour New York City decades to find the lost, secret writings of Albert Einstein. They are warned, "Die in the past and you will never be born in the future."History has a way of being rewritten by those who defy the odds. In the third book of the Ascenders Saga, will Walker manage to survive or delete her own story? 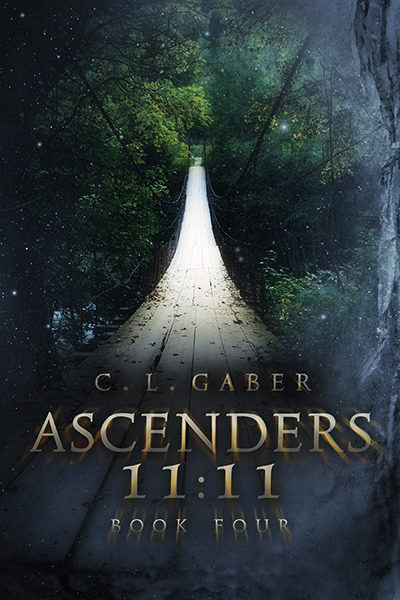 ASCENDERS: 11:11 (BOOK FOUR)
In the Midst -- a place for those who departed young -- there is a fate worse than death. It's the passing of true love. Tat-covered Daniel Reid's memory has been erased by his sadistic father. Walker Callaghan must face her destiny alone. Alliances shift in the fourth book of the Ascenders Saga. Only twice a day at 11:11 -- a time when all things converge -- is everyone and everything clear. Forced to run to The Other Side, Walker and Daniel discover the afterlife world they previously knew was only the beginning of the vastness. In a new realm of illusion and deception, there are no rules except one: Rock bottom builds heroes. 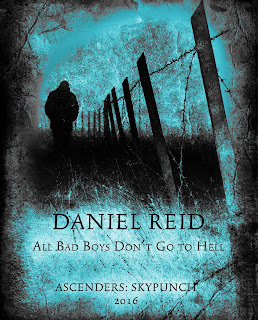 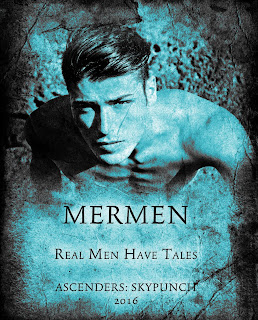 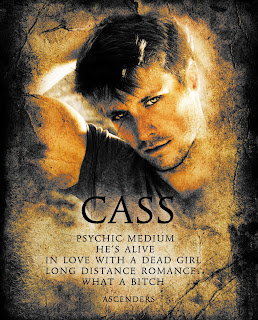 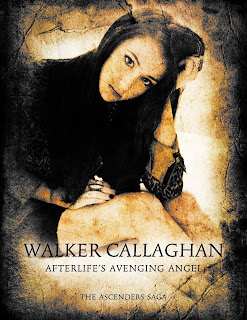 C. L. Gaber is the author of The Ascenders Saga. She lives in Nevada with her husband Ron, daughter Sabrina and two unruly dogs. You can reach her at CLGaber@yahoo.com