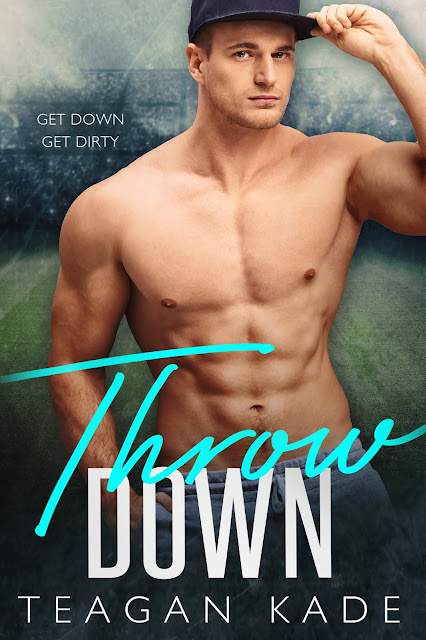 He wants to throw down. I want to throw up.
The Kings are the frat-party poster boys of Crestfall Academy, and Peyton King is top of the pile.
Quarterback, superstar, and O-bringer extraordinaire, I hate everything he represents.
I hate him.
But I can use him.
He’s going to make the perfect centerpiece for my newspaper exposé on campus parties.
I’ll get close to him, find out what makes him tick, and lay it out in black and white for the world to see.
If that kind of cutting journalism doesn’t get me out of this two-bit town, I don’t know what will.
It should be easy, so why do I become a giggling idiot at the sight of his opal eyes and sculpted arms?
I’m, like, totally not obsessed, right?
Right?
There couldn’t possibly be an actual beating heart in that beautiful cold, rock slab of a body, could there?
But questions alone do not a quality story make.
I need to dive deep into Peyton King to make this work.
I need all his dirty little secrets before I blow his world apart.

Throw Down is a full length, standalone bad boy sports romance with a triple side of steamy. There’s no cheating, no cliffhangers and a super sweet five-year HEA. Do not miss it. 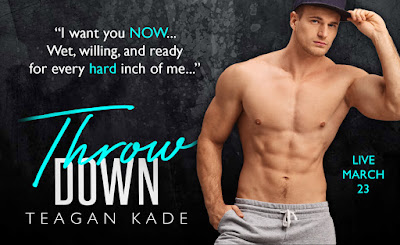 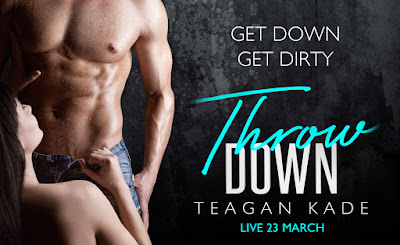 “O. M. G. You don’t know who Peyton King is?”
Given the look of horror on her face, the mousy freshman does not.
The blonde know-it-all facing her is more than happy to fill her in. She lowers her voice for dramatic effect, oblivious to the fact I’m standing right behind her. “If you want to get off, and I mean blast off like never before, he’s your go-to.”
“Is he, like, really hot or something?” Ms. Mousy asks.
Blondie laughs, beer sloshing over the side of her Solo cup. “He has the Burj Khalifa of big cocks. I’m talking m-a-s-s-i-v-e,” extending her hands to what cannot be a physically possible size for any phallus, man or animal.
Looks like I’ve found a cheerleader, though I’m surprised she knows anything at all about Middle Eastern architecture.
Blondie nods her head towards the door. “Speak of the devil.”
I lean against the kitchen counter, Solo cup against my chest in a perfect imitation of everyone around me, because hey, I’m so one of them, right?
A guy enters, tall, dark, handsome in a center-of-the-universe kind of way. Everyone knows him, every girl smiles, and I know I’ve found my mark. He saunters towards the kitchen in a loose swagger, the black, collared tee he’s wearing a step up from most guys at this frat party.
Mousy and Blondie are stunned to near silence as someone hands him a beer beside me.
Play it cool, I think to myself.
He turns, drinking, and sees me.
Boom.
His eyes are as dark brown as you can get before black, smoky and mysterious and the biggest alarm bells I’ve ever seen short of iced tips.
There’s no question.
This guy is trouble with all the Ts.

More About Teagan
Teagan lives in Sydney, Australia with her two tykes and Mr. Kade. She loves way-too-fruity cocktails, sunny weather and hearing from her readers, all of whom are as dear to her heart as salted caramel cookies. When she's not writing she's running around town madly trying to do twenty things too many, but they, that's mom life., right? She writes about bad boys with big hearts and even bigger you-know-whats that know how to treat their women. Steamy scenes galore and HEAs are guaranteed. Shoot Teagan an email at teagan@teagankade.com. She doesn't bite... much or you can find her below at the following links.
Website
NL signup (Free book, Burned)
NL signup (free book, Hitched)
Facebook
Reader group
Bookbub 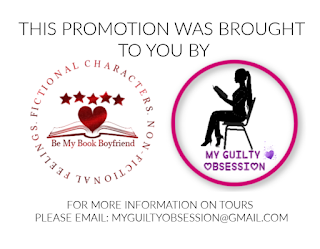