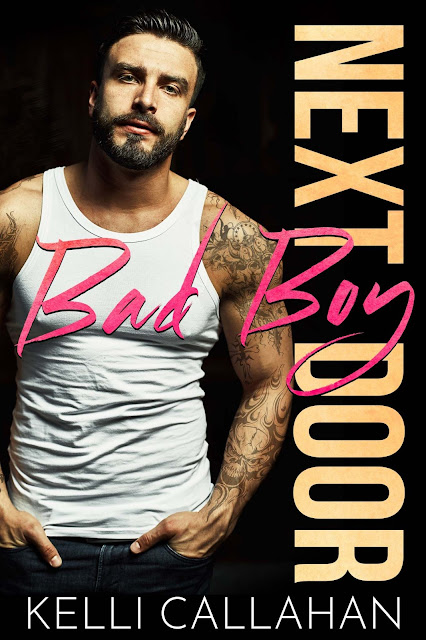 Gage was everything I tried to stay away from.Until I ran right to him...I was alone for the entire summer.The only plans I made involved my pool.Then I saw my neighbor watching...He was tall, dark, and gorgeously inked.Did I mention hot? He was hot-as-sin.It turned into a game.He watched me. I watched him.I teased him with the smallest swimsuits I could find.He was on house arrest, so all he could do was stare...Until he put his freedom on the line for what he wanted.But there were things about Gage I didn't know.His past was darker than he let on.When it finally caught up with him,I got caught in the crossfire.He was the only one who could save me,But that would cost him everything...

Kelli writes hot and steamy romances with delicious alpha males who will not stop until they get the women they crave exactly where they want them. Kelli's heroes are tough as nails, hot as sin, and underneath the rough exterior is a heart of gold begging to be unleashed. If you think you can tame them, you're probably right, but it won't be an easy journey.

Make no mistake, Kelli's stories will give you the happily ever after you need, but they're also steamy and packed from cover to cover with exactly what you're looking for late at night when you leave your panties by the door.